MONTVILLE, NJ – CubeSmart storage of Montville celebrated its opening with a dignitary-filled ribbon-cutting ceremony on April 22. The new facility, located next to the 287 north ramp on Route 202, was celebrated by members of the township committee, state Senator Joseph Pennacchio, and County Commissioner Tom Mastrangelo, all of whom praised it as filling a need for a ratable in a less-than-ideal spot.

Owner and developer Nick Minoia, owner of Diversified Properties, LLC, gave a history of how the project came to be.

“When I bought the office building in the front of the property [directly on 202] seven or eight years ago, it was about 80% empty,” he said. “The building was kind of a disaster. There was a foundation laid for a second, twin building that was supposed to be built here. The second building never got built due to partnership disputes.”

“We worked closely with the township – the planning board, the mayor at the time, and the township committee, and this portion of the property was rezoned [the storage facility is in the back portion of the property], to allow for what you see today – this 98,000 sq. ft. self-storage facility. We figured out that there was tremendous demand, there was a gap in the market, and it was largely not paying taxes. We came in and the front building is now 100% occupied. It’s a complete success story, both at the office building level and this self-storage facility.”

Minoia said the project was completed ahead of scheduled because of the team that worked on it and the building is about 30% occupied.

“There are 750 storage units in the building and 150 are rented,” he said. “This speaks to the demand for storage here and across the country.”

Pennacchio said the location was not the “choicest in Montville,” but Diversified had taken lemons and made lemonade out of it.

“Montville is an absolutely great community – we have a wonderful library system, great schools, great town hall, wonderful police force, teachers that are second to none, but all of that costs money,” Pennacchio said. “If you keep putting it on the back of taxpayers,” it’s not a good situation.

Mastrangelo said that Minoia’s vision “is the type we need in Morris County.” Mastrangelo is the commissioner who is the liaison for economic development, he said.

“We’ve got to keep that economic engine going,” Mastrangelo said.

Mastrangelo and Pennacchio both mentioned that they live in Montville, and Minoia said with a laugh that he lives in Towaco, which adds a measure of stress when overseeing the project. His company is housed in the office building to the front.

“We take great pride in doing what we do as developers,” he said.

Township Committee Member and former mayor Richard Conklin said that he had worked with others present at the ribbon cutting to tweak the self-storage facility to what it is today, working with Minoia, and he called the facility a great building and a great ratable. He welcomed the company and project to Montville Township. 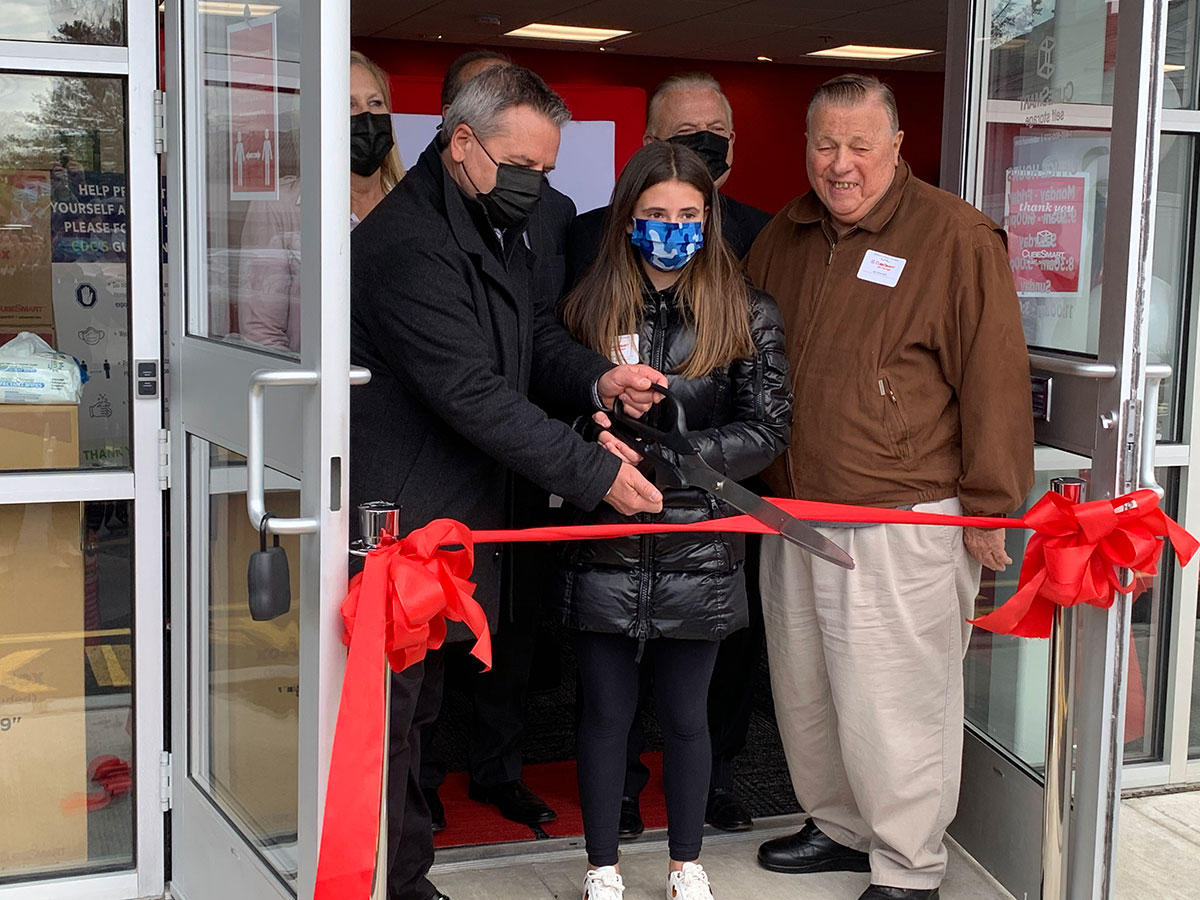